Opened in 1929, Lucca is a landmark San Francisco family deli that asked us to take the brand several steps forward while honoring the footprints of the past.

It’s hard enough for a foodservice business in San Francisco to survive for 5 years let alone 90. But Lucca Delicatessen has done just that and it’s thrived nearly all the while. One challenge that the Deli’s had throughout the years has nothing to do with its delicious sandwiches, imports or housemade ravioli. It has to do with the fact that several other Italian entrepreneurs in the early 1900’s opened delis in the same region and also called themselves Lucca! To help mitigate the confusion, the owners didn’t want to suddenly abandon their longtime name, instead they simply wanted the most gorgeous design.

They asked us to bring something special to the table. Something that felt like the delis of old but with a modern, more refined twist. So we did something we’ve never done before — hung cured meat from the top of a logo which somehow doubles as decoration. Aside from reinventing their logo and working in a modifier that tells their location, we created signage and a new private label packaging design system for the raviolis, oils and vinaigrettes. Buon appetito! 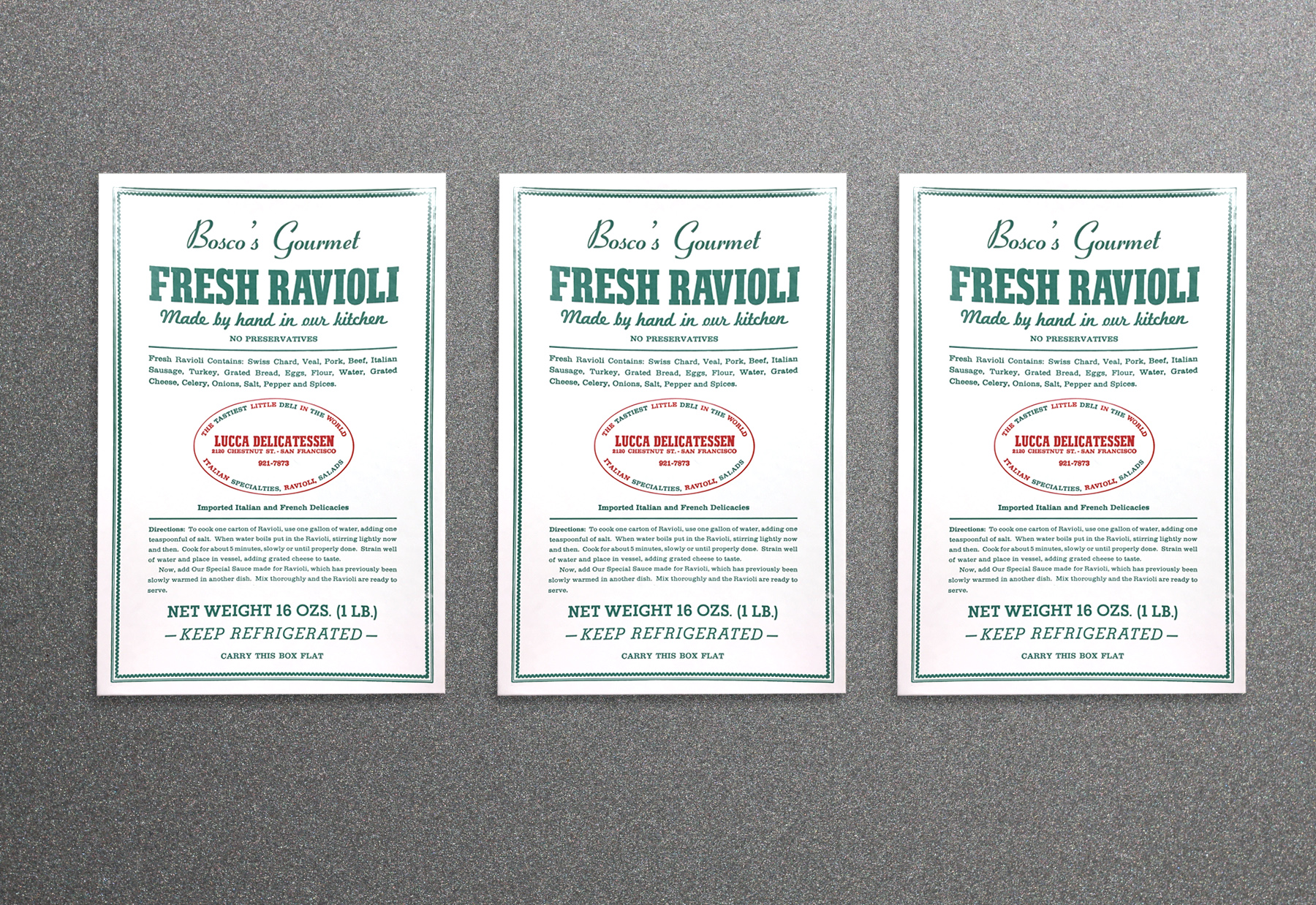 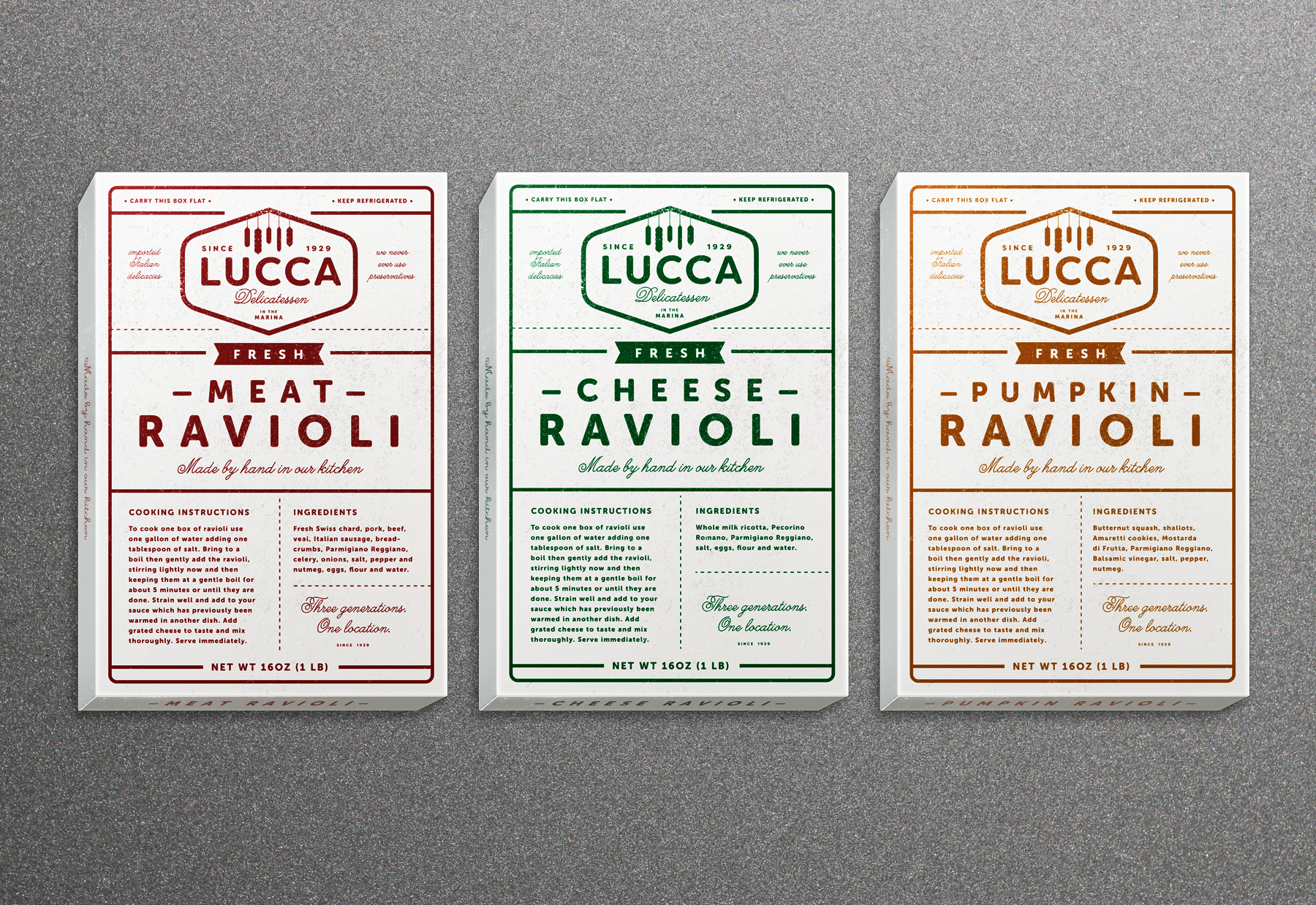 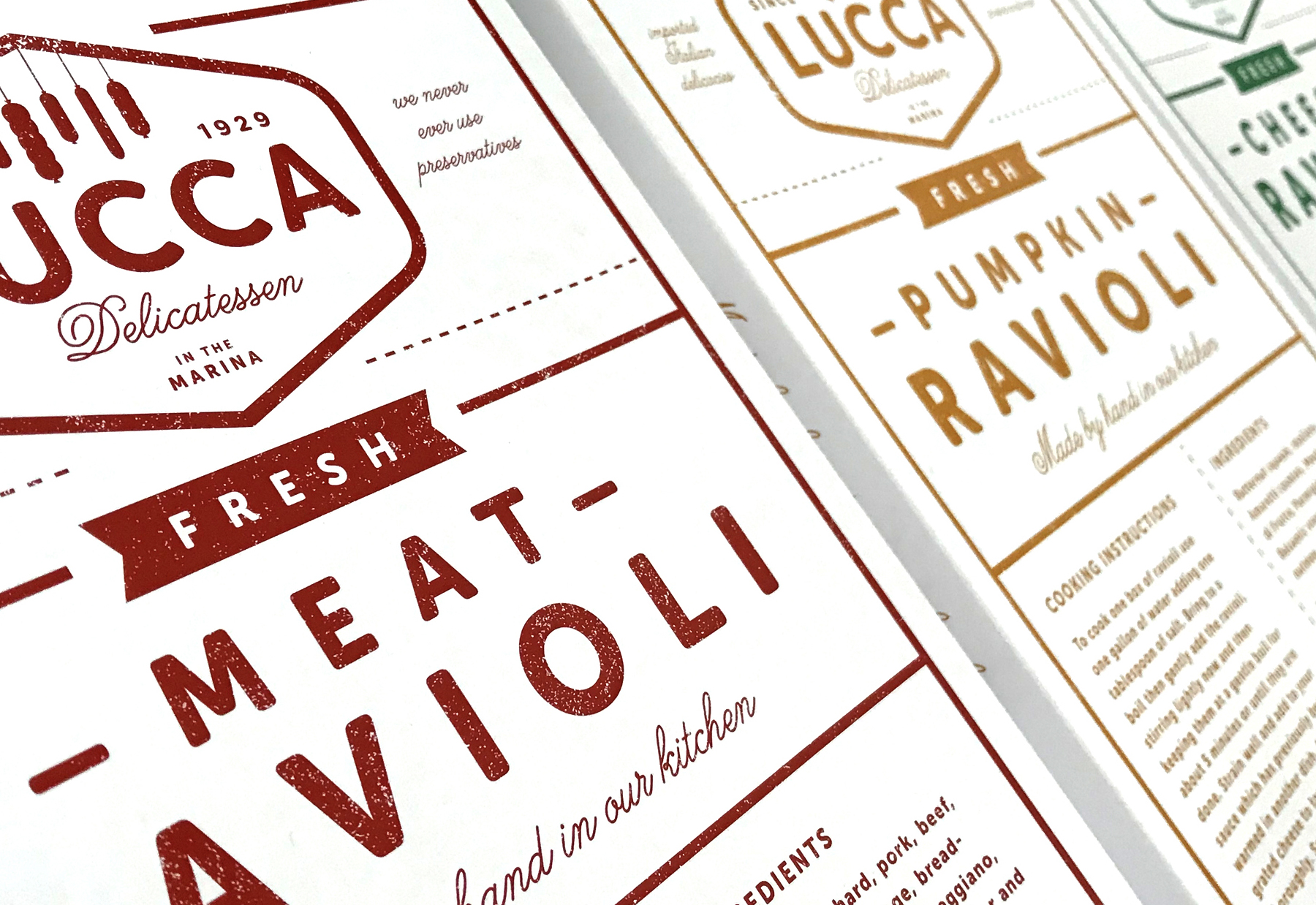 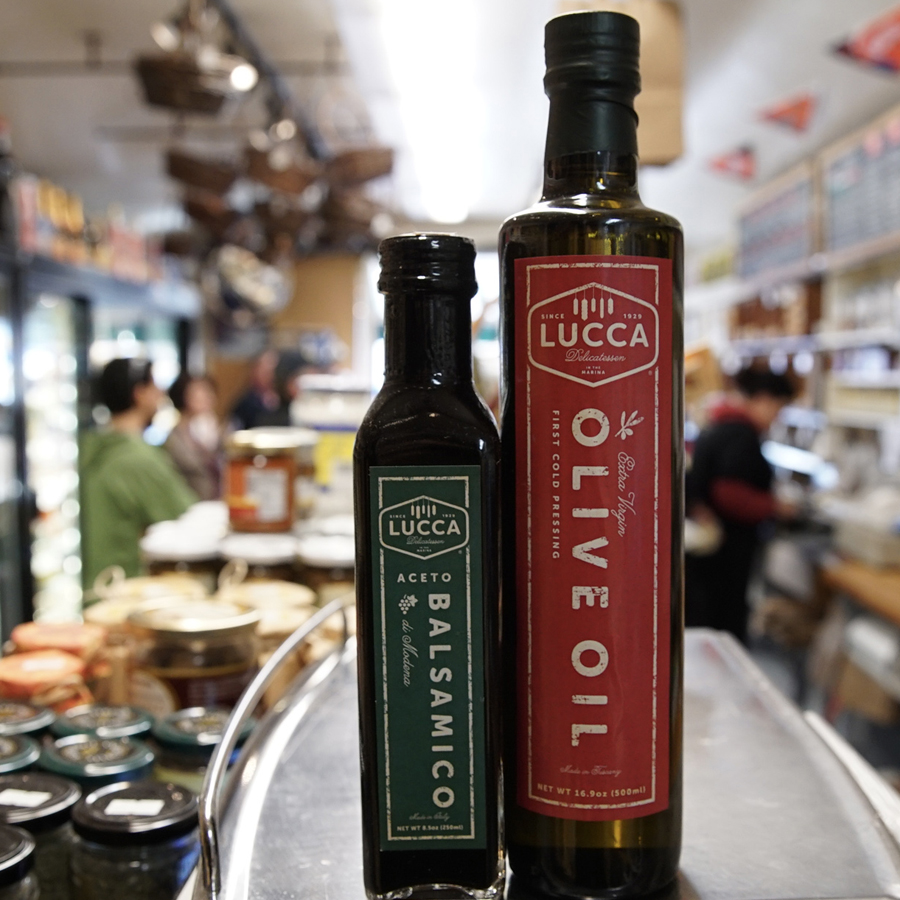 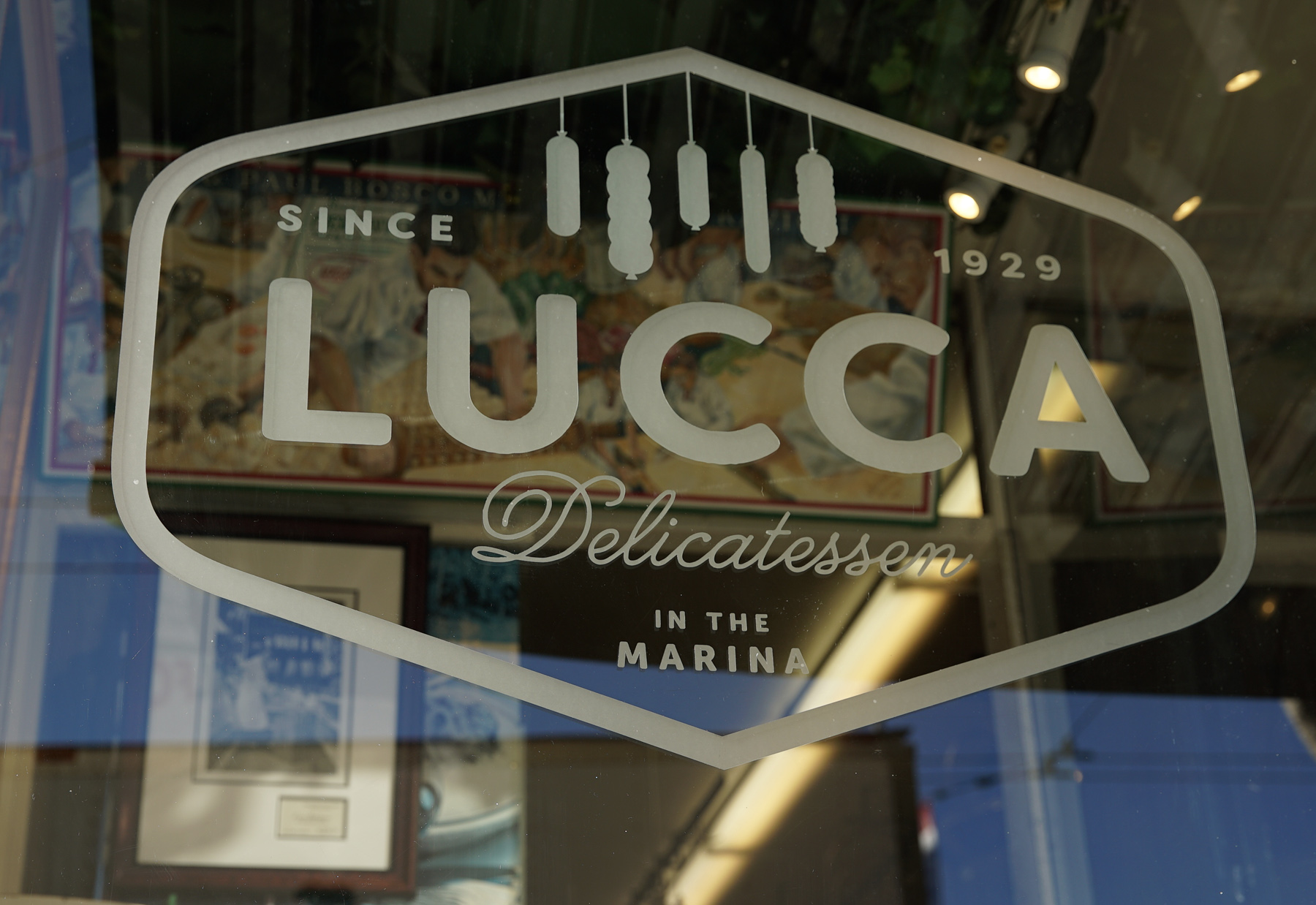 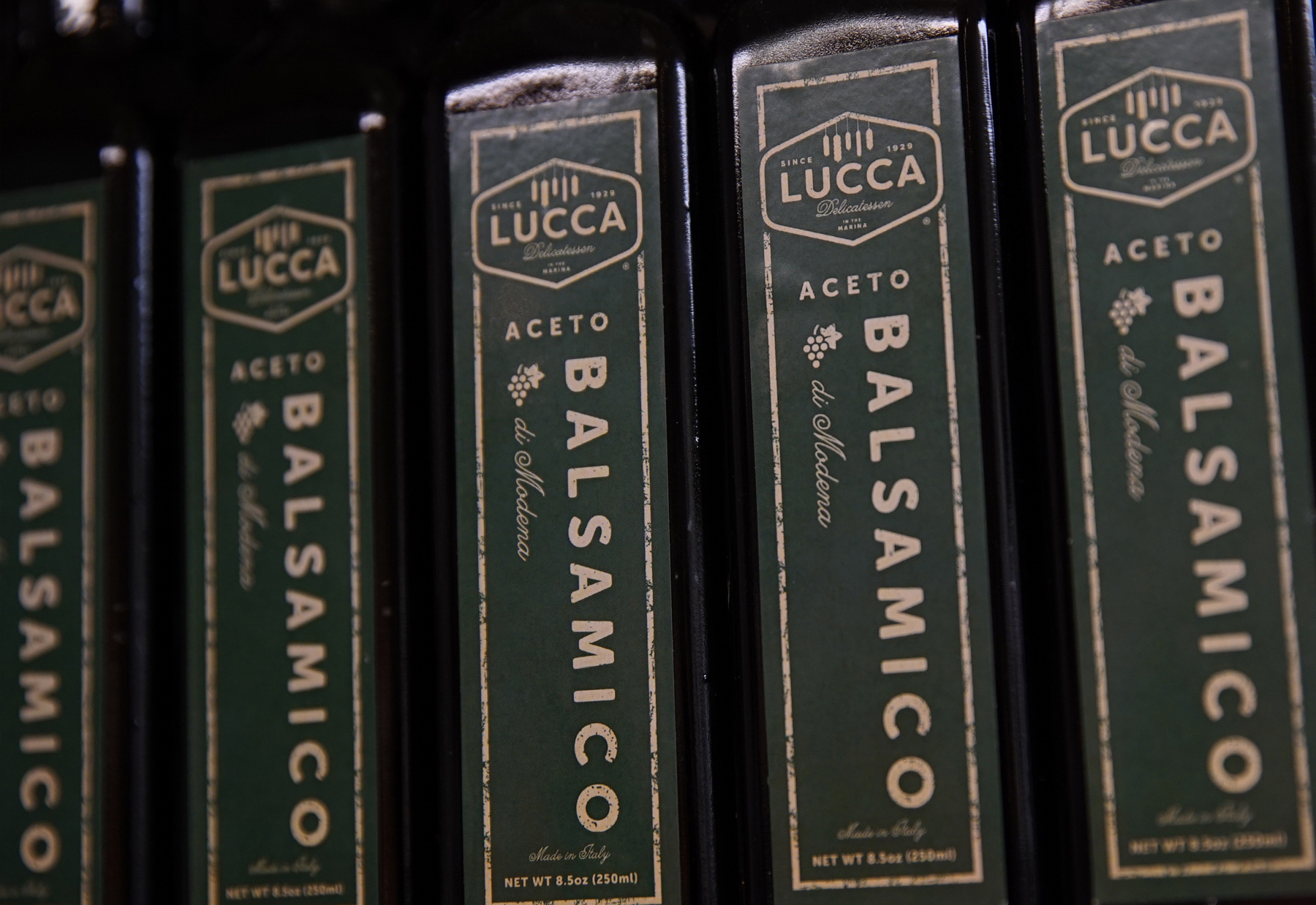 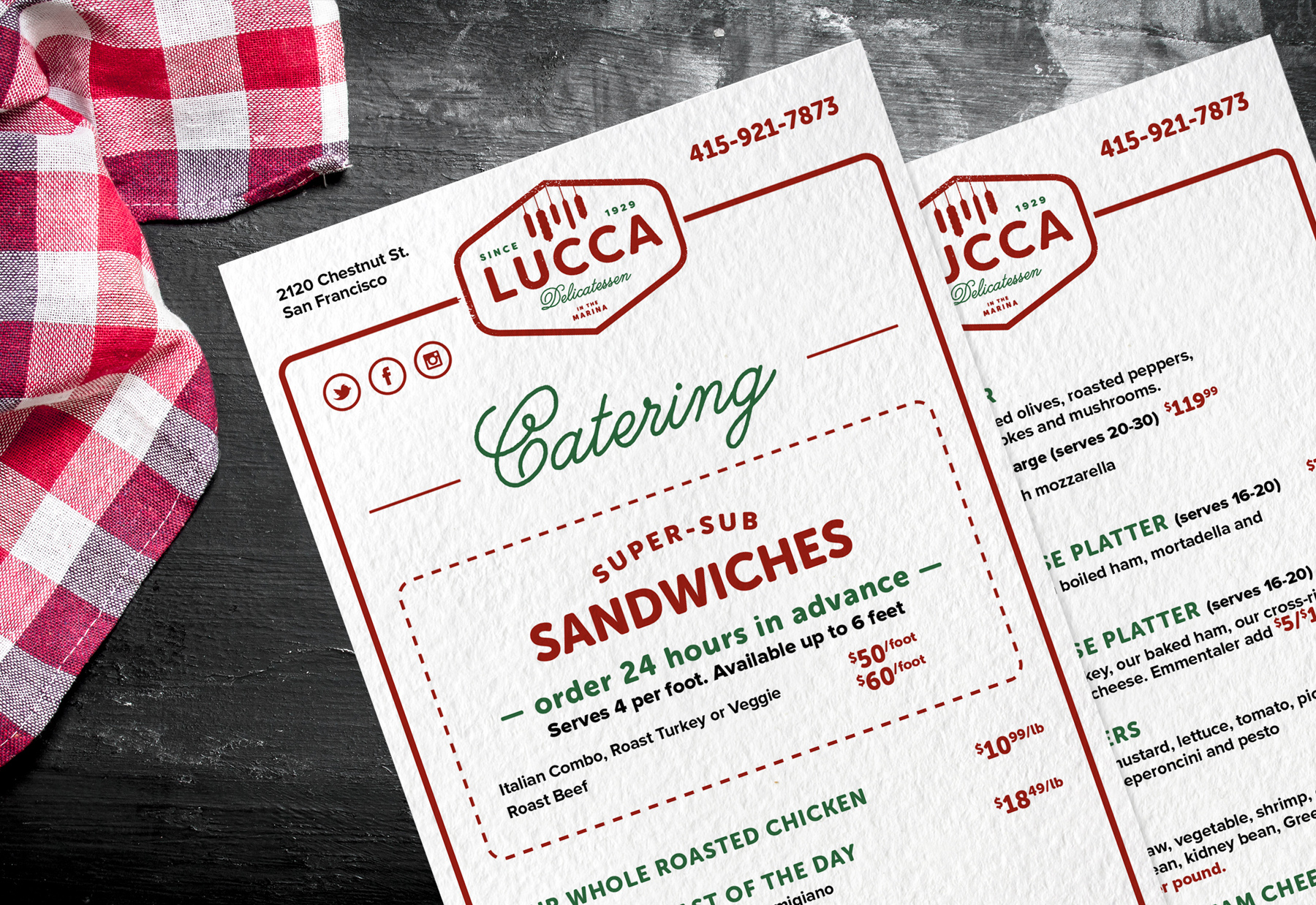 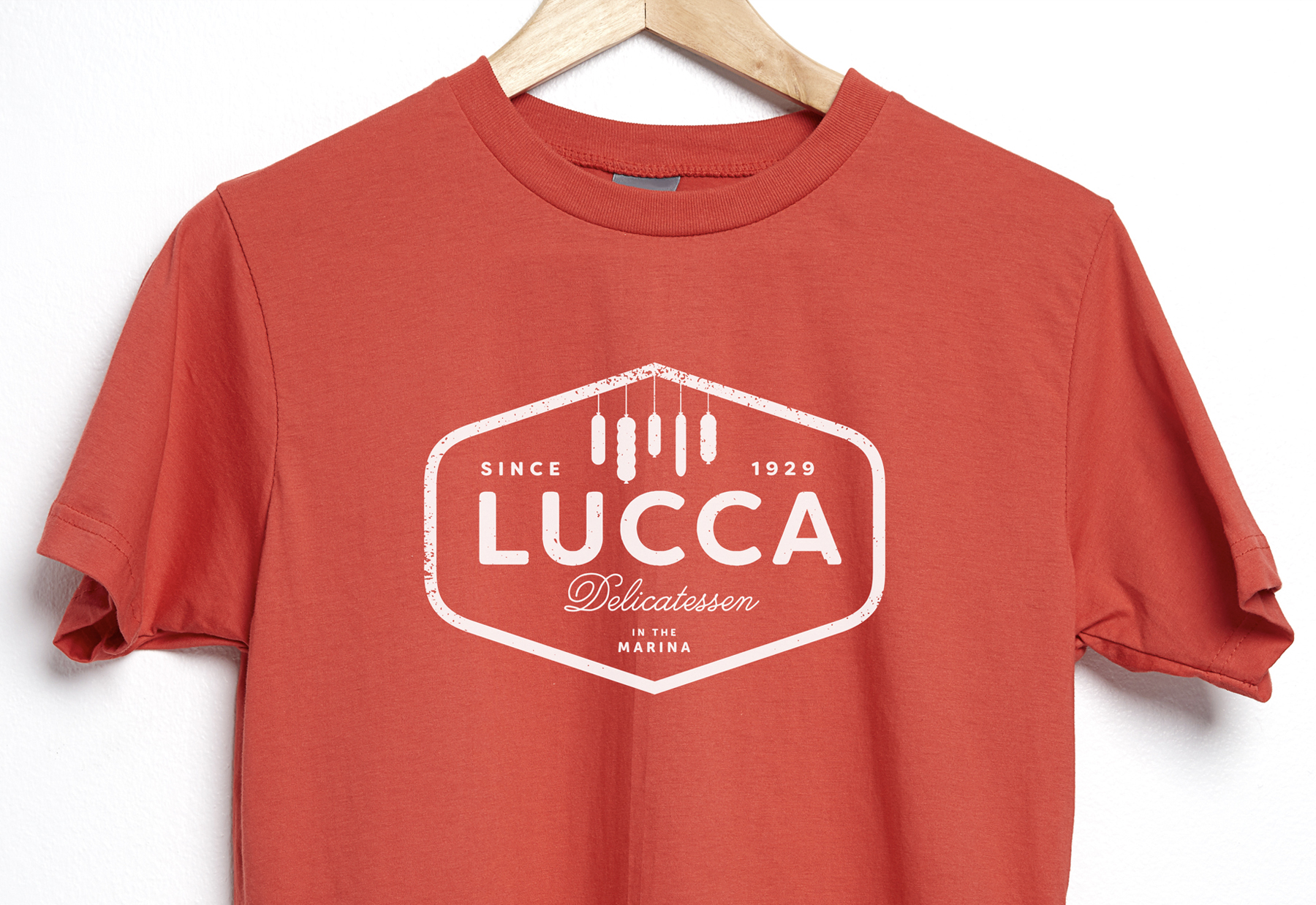